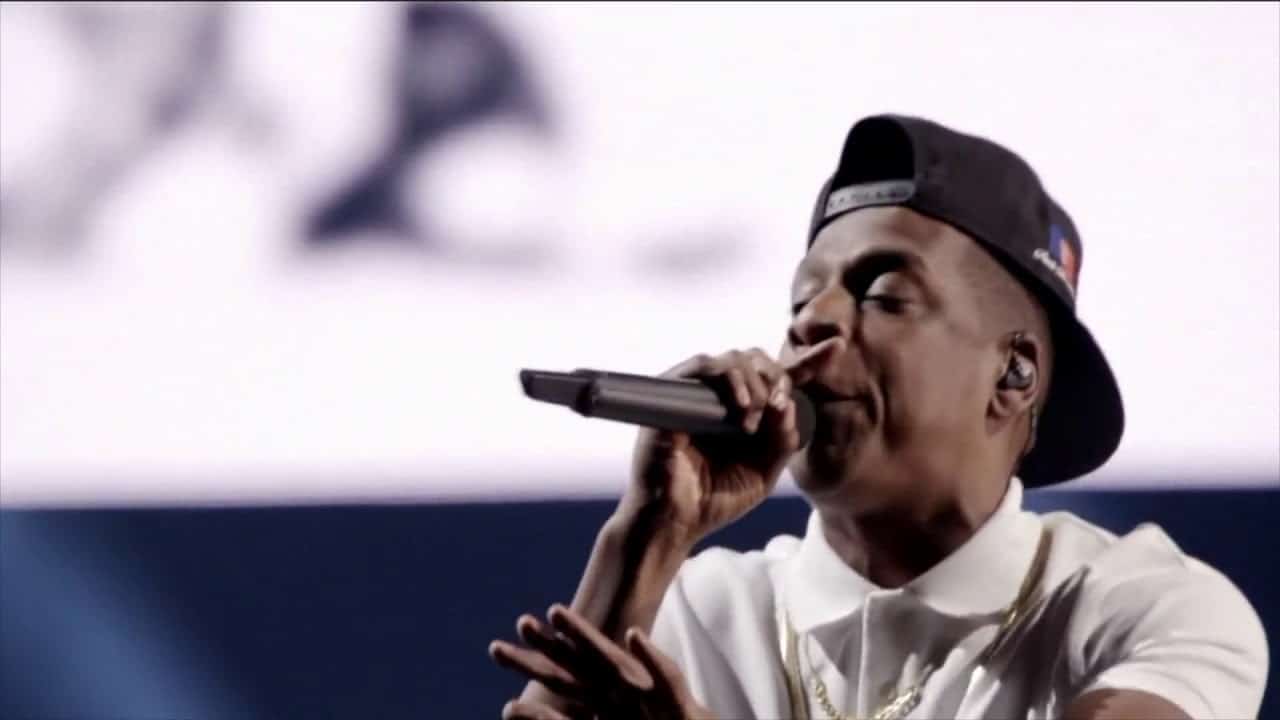 from the album: The Blueprint

Ladies and gentlemen, put our hands together for the astonishing...

Welcome ladies and gentlemen to the 8th wonder of the world

Thanks for comin' out tonight

You coulda been anywhere in the world, but you're here with me

Was herbin' em in the home o' the Terrapins

Got it dirt cheap for them

Boy and we...got rid of that dirt for them

Haters want me clapped and chromed - it ain't easy

Cops wanna knock me, D.A. wanna box me in

Not guilty, he who does not feel me is not real to me

So poof...vamoose son of a bitch

Not guilty ya'll gotta feel me

I do this for my culture

To let 'em know what a nigga look like...when a nigga in a roaster

Show 'em how to move in a room full 'o vultures

Industry shady it need to be taken over

Label owners hate me I'm raisin' the status quo up

I'm overchargin' niggaz for what they did to the Cold Crush

We can talk, but money talks so talk mo' bucks

Hove is back, life stories told through rap

I was raised in the projects, roaches and rats

Smokers out back, sellin' they mama's sofa

Lookouts on the corner, focused on the ave.

Ladies in the window, focused on the kinfolk

Me under a lamp post, why I got my hand closed?

Cracks in my palm, watchin' the long arm o' the law

So you know I seen it all before

I seen hoop dreams deflate like a true fiend's weight

To try and to fail, the two things I hate

Succeed in this rap game, the two things is great

What else can I say about dude, I gets bizzay

In keeping with my image as a god in the rap industry, I've dubbed myself "Hova," a clever word play on my name, Jay-Z, and the Hebrew word for god, Jehovah (By the way, I will also be adding the sound "izz" to several words in this song in order to sound like Snoop Dogg)

Don't forget my friend, at one time in my life I dealt narcotics in the state of Virginia

Well, not necessarily narcotics, but I did sell marijuana there

I got a good price from my distributor, so I was able to reduce my overhead,

And when my customers still couldn't afford my prices, I'd still find a way to complete the transaction

Through compromise and savvy business practices, we both got what we wanted

I've been doing this so long, I can remember when several of today's "gangstas" were still in diapers

Forgive me, but I have to mention my name again

There can be little doubt that once you become a rapper, it's a hard business to turn your back on

But in my case, the industry needs me more than I need it

Sadly, with fame come several problems: 1.) my unworthy competitors would like to see me fail, but the likelihood of that happening is not very good 2.) police officers would like to beat me in the same way they assaulted Rodney King, and 3.) the local district attorney is accusing me of several crimes in order to put me behind bars

We all saw that Puff Daddy/P. Diddy trial - if he can get off, so can I

It's about time for me to mention my name again

Now allow me to get quasi-philosophical: I am physically unable to visualize the man who cannot appreciate my music or recognize my status as a demi-god

And therefore he does not reside on my plane of existence

Sorry, I told you it wouldn't be very deep

I can't get over how clever this name is

Like I told you before, I used to deal drugs in Virginia

No matter how many times I say it out loud, this name is still so cool

I have no doubt this chorus will be popular in the clubs, so just accept it and dance to it

Is this monotonous repetition of my name getting on your nerves yet?

Yeah, ok, now my name is even starting to annoy me

If you agree with everything I've said so far, acknowledge me with a yell or a shout

Although I've made more money than I can spend in one lifetime, I claim to make music for the purpose of educating others about the African American culture

I'm informing the public what life is like for rap artists who have it all, but risk throwing it away by

For anyone else facing assault charges, follow my lead and you'll get off scott free

And now that I think about it, it's time for musicians to have a little more say in this crooked business

Things have gotten so out of hand, the heads of most music companies have a beef with me because my immense talent has influenced other rappers to try to improve their fair market value

The way I look at it, I ask for large record contracts to make up for the relatively small amounts of money rap pioneers earned - but don't expect me to pass those profits along

We can discuss the situation, but the conversation will be much more fruitful if we're discussing how much more you'll be paying me for my next album

After taking a short break between albums (couldn't wait too long - no telling when my fame will dry up),

I've returned with another semi-autobiographical collection of songs

By passing along the wisdom I've gained through my questionable life, I'm trying to show you what it's

But mothers, for their part, were doing everything they could to keep their families together

While thugs were robbing the local liquor store, their accomplices would stand outside and watch for police officers

Me, on the other hand, I was on the corner looking for prospective clients - what did I have in my hand?, you ask

Well, I've told you several times I dealt in illegal controlled substances, so you do the math

What I'm trying to say is I have a lot of experience in the seedy world that I portray in my music, so I'm quite qualified to talk about it

I may have become successful, but it came at a price: too many of my friends are either dead or in jail

Failure is not an option, so step over whomever you have to to achieve my level of fame

I promise this is the last time I'll mention my name (until the chorus, in which I'll announce it several more times)

It seems I've run out of things to boast about in this song, so!oh wait, I'm the greatest.