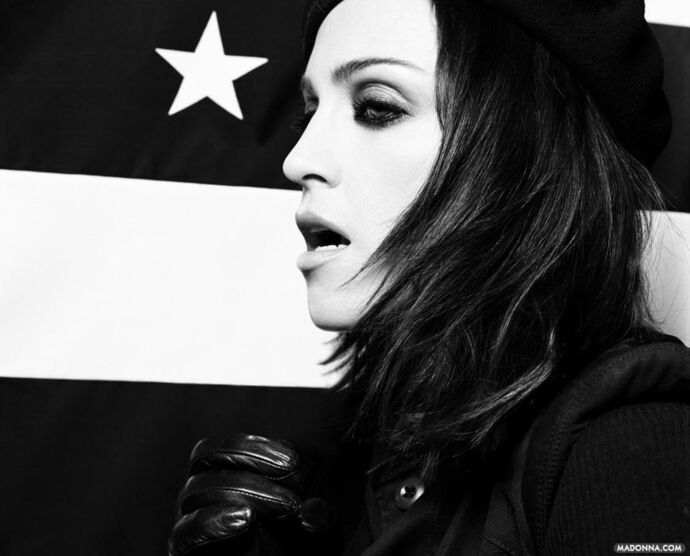 The release of every Madonna album, especially every album in the past five years or so, is a tremendous event. There's no denying that the once "material girl" has become the single most important female entertainer of any generation. And with each release, her worldwide audience is reminded once again of this uber-status.

What's unfortunate, however, is it seems ever since Madonna betrothed herself to British director, Guy Ritchie, her entertainment has fallen to disaster. Her latest film, Swept Away, was universally panned as one of the worst movies of 2002 and, truth be told, American Life is no improvement.

Where Ray of Light and Music found Madonna redefining herself as just as hip to modern times then as she was in the 80's, American Life is marred by self-indulgence, unbelievably boring and repetitive production values, and cliche mistakenly disguised as introspection. In what seems to be Madonna's soup du jour, following closely in the techno/folk mold created with Music, American Life does little to challenge the listener musically.

The basic formula throughout sticks with Mirwais Ahmadzai's "quirky" French beats and production coupled with an acoustic guitar. Perhaps Madonna felt she'd be taken more seriously as a "musician" if she expanded on her guitar playing through the incorporation of more guitars, or maybe the general consensus that this would be considered an intriguing contrast between classic folk and today's every-present techno sound... or maybe they just liked how this sounded - but the underlying fact is that the music ends up being just plain boring. What's more, although Madonna's never really been considered the most amazing songwriter, American Life's lyrics mostly fall flat.

Attempts at intelligent and challenging investigations of American life and self ultimately end up as insipid and humiliating. Lines like "I do yoga and pilates/and the room is full of hotties" in her attempt at self-deprecating pseudo-rap are just inane, and while this may be one of her lowest points on the disc, still remain closely indicative of what lies beyond.

Of course, fans of Madonna will likely talk themselves into enjoying American Life as they need to justify continued backing of an artist well past her prime, but what American Life will do for others is help us realize that although the release of a Madonna album has always been a global event, there's little reason for this trend to continue.