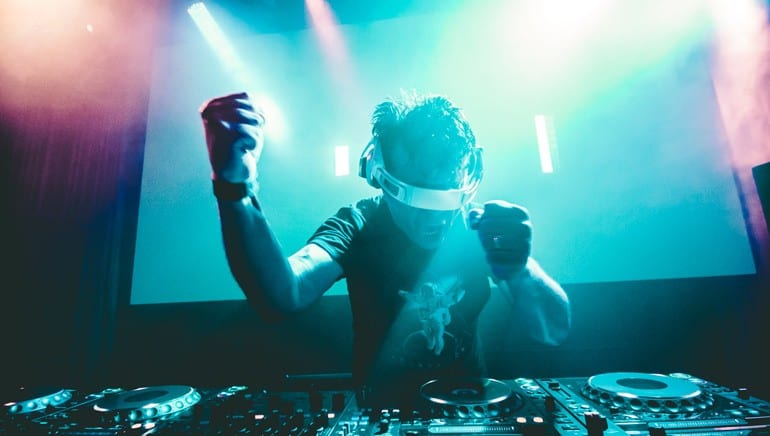 Since The Crystal Method hit the scene, they have been involved and featured in numerous other ventures.  Songs off their debut album, Vegas, have been featured in soundtracks and even TV commercials.  The Crystal Method's most recent project is the soundtrack for Fox's movie,N20, Nitrous Oxide.  Through this exposure, they have become the electronica industry's mainstream artist, comparable to Prodigy.

The album opens with a song that was also featured on the Spawn soundtrack, "Trip Like I Do."  Since the group's name is after a highly addictive and deadly drug, it is only fitting to have a few tracks in reference to it.  It's more of a rock n' roll electronica track versus the techno/dance style, mixed with trip-hop beats.  The result is extreme high energy.   (The version on the Spawn soundtrack features the band Filter, and includes a lot of crunch guitar and vocals - very cool, possibly even better than the album version).  The second track should be a familiar one to many people.  "Busy Child," was The Crystal Method's first hit.  It was featured on MTV's AMP album, and is on the Lost In Space soundtrack.  It has even been used in a TV commercial for Gap Jeans. "Busy Child" has a break-beat style and is a good party track.

One of my favorite songs on the album is "Cherry Twist."  This is because the song's beats and percussion are tight and moving, and more complex than most songs I hear.  The rest of the music mixed in fits perfectly, a testament to the groups ability to mix.  "High Roller," the fourth track, may be familiar to people as well, for it was also featured in a TV commercial.  This time for a Mazda Miata.  ("This transmission is coming to you...")  Overall itis a little slower and less complicated then the previous tracks, but it is still a good song. The next two tracks are also worth noting. "Comin' Back" has real vocals, featuring Tudie Reiss.   "Keep Hope Alive" has been featured on The Replacement Killers soundtrack.

"Vapor Trail" is my personal favorite song on the album.  It starts off with a hard-driving drum beat, and just builds and builds in complexity and energy as the music is mixed in, until it is just an all out jam.  It f'n rocks!!!  The album quiets down from there.   "She's My Pusher" (another drug reference) and "Jaded" are more electronica.  They aren't as energetic as the rest of the album, and don't stand out.   But they aren't bad songs either. The last track, "Bad Stone," is even more laid back yet, almost to the point of trance with a hip-hop beat. It ends an otherwise extremely energetic album on a quiet note.

The Crystal Method have proved what they are made of on their debut, so now all I can do is wait for some more from them.   (They do have an EP available too, but a new full album is always nice). "Vegas" easily scores five out of five. No wonder they are so popular!!!