☰
Home Articles What is Dithering? 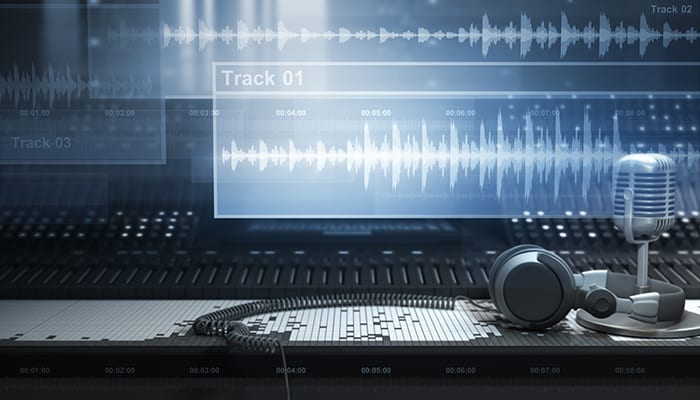 Dithering is a term that record producers will instantly recognize. Applying dither to a digital audio file is often an important process that you need to do so that the quality of the music file can reach its full potential. Dither is also a handy feature when you're editing photos.

Regardless of where you've come across the term "to dither," then one thing to keep in mind is that it's quite a complicated process. If you've asked yourself what dithering is, then you've come to the right place. We're going to tell you what dithering is, as well as how dither works, and why it's essential for mastering audio recordings.

The best way to answer the question: What is dithering? is with an example.

Let's say you have just finished a 16-bit master. You've done all the critical mixing. You've got the track sounding exactly how you want it. So, now it's time to apply some dither to it.

This means that you'll apply a random coding sequence to the track. We call this process dithering. And when you utilize dither, you'll achieve the aim of reducing quantization noise. Through using dither, noise in the background of the track won't be audible when you store the track.

This is the perfect example of how and why you would dither a track. But, let's have a look at a dictionary dither definition too.

The definition that you'll find in a dictionary will be quite similar to the example. It will usually say something along the lines of, 'It's a type of noise that one purposefully applies to randomize quantization error.' And this's exactly what our example shows. Now, let's go a bit further and see exactly how the process of dithering works now that we've learned our dithered definition.

How Does Dither Work?

As we already know, to dither an audio file means to add noise to the audio file so that you can randomize quantization error. As this is an extremely complicated sentence for most people to understand, we'll try to break down the process of adding dither to a track in as simple terms as possible. We must state, though, that this is an extremely complicated and technical process, so it can only be simplified so far.

The alternatives to dithering are truncation or rounding the audio file. But both of these processes cause other issues. And this is why most producers dither their tracks before the quantization process, as you then get a noise level that's both fixed and constant every time.

When you dither an audio file, random noise is introduced via dither. Noise of this type is extremely important for balancing the audio. This means that you can raise the noise floor. And if you raise the noise floor, then you won't lose data or sound when you quantize the audio into 16 bits.

Another form of dither is called noise shaping. The aim of noise shaping, when used for dithering purposes, is to shape the quantization error's spectral energy. Again, this is quite a complicated process. But, as you'd expect from the name, when digital audio is dithered through the noise shaping process, you get a much smoother, well-balanced sound. Frequencies that the human ear is most capable of hearing will become clearer too.

We must note that the process of dithering will depend slightly on the bit depth of the digital audio track. The process of adding noise so that you can randomize quantization distortion will depend on the level of bit depth, as it isn't entirely necessary with files that have a bit depth that is 32 bits or above. It's better suited to audio files that have a bit depth of 16 bits. We'll get onto the reason why dithering is so essential now.

Why is Dithering Important?

Dither is essential because of distortion. As every record producer will tell you, distortion is your enemy. And if you're planning on saving any audio files that are 16 bits or have a bit depth of 24 bits, then you need to dither. There's just no way of getting around it. Without dither, then the track won't live up to its full potential. And you don't need to be a mastering engineer to recognize that.

You simply have to compare audio that's had dither applied to it and then listen to the same audio track without dither. It's noticeable. You want to ensure that you have removed all distortion from the track, and that's especially true of quantization distortion. It's this form of distortion that dither can remove from your track.

You can also utilize dithering in image processing. Again, the reason why you have to dither is that you have something that is both analog and digital. Just like your audio recording is a digital representation of the original signal, the same thing is happening with an image that you then digitize. Without applying dither to the image, you run the risk of color banding, which will completely ruin the image.

One of the reasons why people tend to think that dithering is a thing of the past is simply because we rarely record music with a bit depth of 16 bits or 24 bits now. You only want to use dithering when you're working with audio that has this bit depth.

In some cases, people even refuse to dither when they're dealing with a bit depth of 24 bits. But a 16-bit recording is what you'd find on CDs. And because of how the human ear works, as well as all-important dynamic range, it's difficult for humans to tell the difference in audio quality between a 16-bit or a 24-bit digital recording.

For that reason, dither is still relevant. You've got to use it when you're mastering. It's the best way to deal with distortion and to ensure that you have a noise floor that's as low as possible.

Should Dithering Be Used When Mastering?

Yes. If you ask any mastering engineer, they will tell you that you must add dither to the file when you're mastering the track. It's usually right at the end of the process of mastering an audio track that you'd add dither to it. If you don't dither a track, then you're likely to get worse performance from the compression codec. And this means distortion and noise, which is the last thing you want. If you dither, noise won't be an issue.

Dithering is very important if you want to downsample too. Downsampling is when you reduce the audio signal when you want to reduce the bit size of the audio file. As you're reducing the bit rate, this is extremely important. Otherwise, the quality of the recording will suffer.

Dithering is also crucial in terms of dynamic range. If you utilize dither so that you can shape the audio recording, then it increases the dynamic range of the track, so that then you have a file that is 16 bits. But because of the use of noise shaping dithering, you end up with audio that sounds as if it's got a dynamic range of 120db. This is ideal because of how the human ear works.

You will perceive it as having the same quality as a file that is 24 bits. This is one of the reasons why 16-bit audio, as you'd find on CDs, is perceived by humans to offer the same quality as high-resolution audio, such as 24-bit audio. If you're used to listening to music via Spotify or another streaming service, then the sound these services use is also 16-bit. This is because they have been lossy compressed.

To conclude, adding dither to a track when you're mastering is very important, especially if you're working with 16-bit audio. It's less important with 24-bit audio, and many people will recommend that you don't dither with 24-bit audio as it's not necessary. But if you want to compress or downsample from 24-bit to 16-bit, you'll certainly need to add dither when you're mastering. You will also want to add dither if you're compressing to put 16-bit audio onto a CD.

What Else is Dither Used For?

We don't just use dither for music. We also use it for digital photography, and the process is much the same. The term 'noise' is still used, but, of course, we're not dealing with audible noise but a digital form of noise.

You can find many images online that will show you the difference before adding dither to it then after you'd added dither to the images. The result is a somewhat grainy image. The effect can also lead to the images having a speckly quality to them.

You can also use dithering for graphics. Much like how it's used for processing digital images when you use dither on graphics, then you end up with a grainy image.

Floyd-Steinberg dithering is the most common form that's used for both images and graphics. When you dither an image, you're lowering the amount of color depth that's in the image, which is why you end up with the grainy or speckly effect.

Another reason why we add dither to images is that it helps to overcome color banding. Banding is when colors are inaccurately represented and can be harmful to the image. Adding dither to the image quickly gets rid of any color banding. It can also help to make the image more round and textured. Therefore, you have no issues with flatness.

We use dither in a lot of applications. For example, you'll find that dithering occurs with LCD televisions. It's even used in smartphones and some digital cameras. This process is done without being applied by the user of the device.

High-frequency trading, as discussed in Michael Lewis's book 'Flyboys' has been somewhat stifled through a process of dithering. This is because trading markets add dither to create breaks and delays randomly when orders were digitally submitted to the market. These delays make the process of high-frequency trading not as easy. This gets rid of the desire from traders of this type to use these tactics.

Dithering is important. There's no doubt about it. Whether it's for studio engineers who are mastering tracks or photographers who want to add texture to a digital image, there's a use for dithering. It's a complicated process that has a huge amount of wonderful side-effects. When you consider that dithering is also used to block high-frequency trading or to boost the image inside your LCD television, then you realize just how many uses dithering offers.

There's now no need for you to ask: what is dithering? as you know everything about the process now. If you're considering experimenting with dither, then it's a good idea. You'll see an improvement in the sound of your audio or the way that your digital images look.

And, if you're planning on reducing the bit depth of an audio recording from 24 bits to 16 bits, then you'll have no choice but to dither every time that you do this anyway. Have some fun with experimenting with dither and enjoy the fantastic results that it will give you.