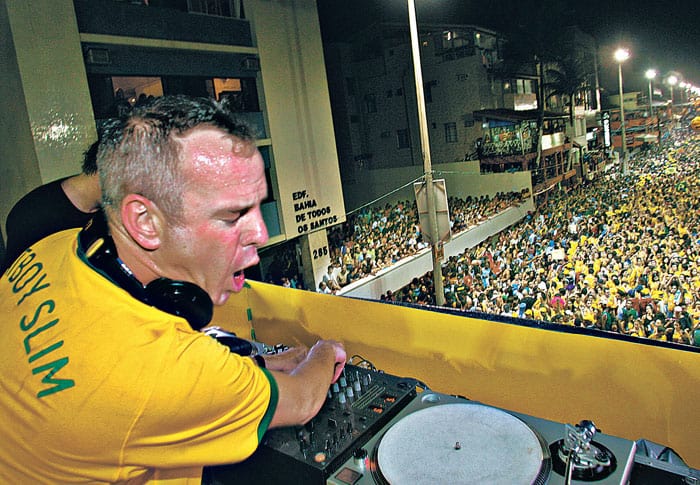 Oddly, the latest Fatboy Slim press release emailed to my computer had nothing to do with his new CD release. Instead Norman Cook, the man behind the whole FB-S thing, seemed extremely angry at Tony Blair. The PM waltzed on stage at the Labour Party conference to the tune "Right Here, Right Now". Poor old Fatboy Slim, a firm anti-war campaigner, was powerless to stop him because artists have no control over which party uses it as long as they pay for the privilege. At least Mr Blair's advisors chose a track from an early Fatboy Slim album, because Palookaville does not have the holding appeal that many of his dance anthems did five years ago..

His problem is that music has shifted away from the popular dance genre that he helped to carve, and Cook has not moved along with it. There is but one saving grace on Palookaville and that comes from a band that has adapted with the times and remained successful. Blur used Cook to produce two tracks for them on Think Tank and when Damon Albarn performs the vocals on "Put It Back Together", he provides the best point on the album.

Elsewhere, there's lots of samples, lot's of scratching and lot's of disappointment. A couple of singles may appear and sell a decent number of albums. But the material is much thinner than it used to be.

The Best Portable Sound Recorder in 2022

Music Critic break/doWn | Eminem Without Me