A Guerrilla gig is a performance in an unexpected or non-traditional setting. It can be a way to generate publicity for a new band, or breathe life into an already popular act that has become stale or predictable. 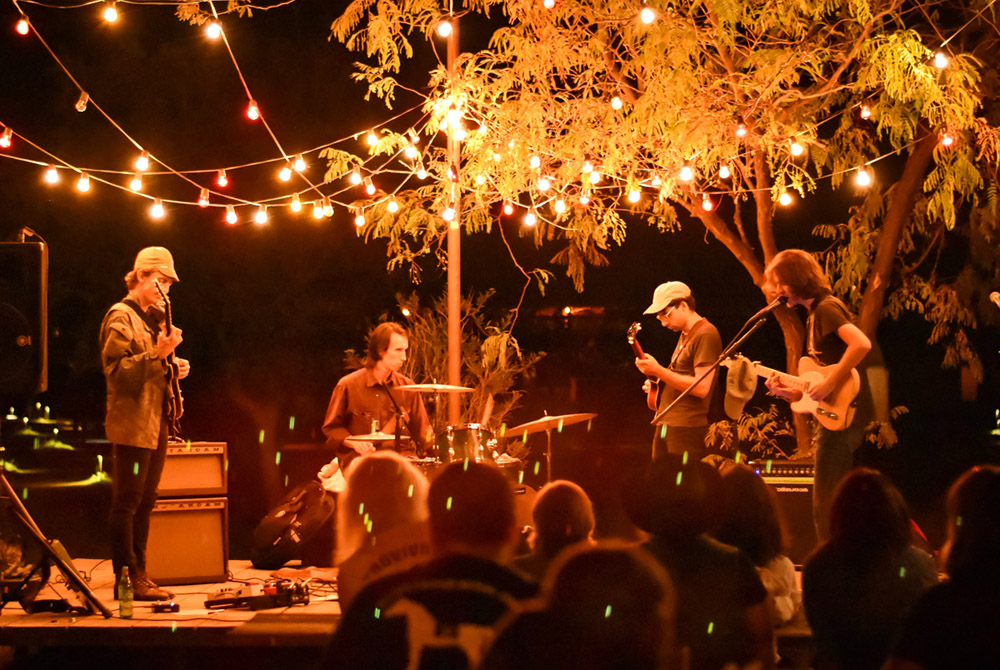 The Two Elements of a Guerrilla Gig

It must have a spontaneity not associated with the traditional concert - there's no room for advance advertising, carefully-curated production, ticket sales and promotion - and it must be in an unexpected place, well outside the stage and arena norm. Guerrilla gigs have taken place on buses, in parks or basements, an underground train or even (as happened in the early days of Guerrilla Gigging) up a tree in Regents Park, London.

The Genesis of Guerrilla Gigging

This concept of a Guerrilla gig hit the news in 2003 when a band called The Others staged a 30-minute gig in a London Underground train and then followed up with a short show in the lobby of BBC Radio 1. 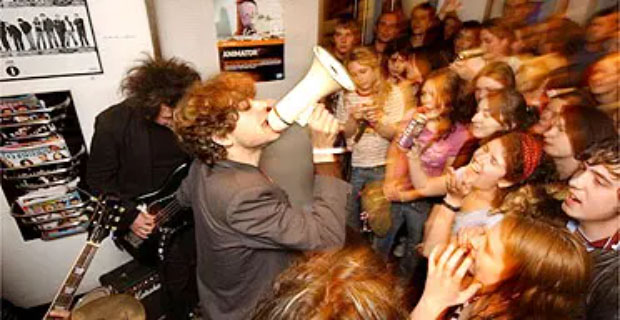 The Others stage an impromptu gig at Radio 1's reception. Photo: Linda Nylind

Suddenly, London’s nightlife found itself at the center of a seismic cultural explosion and democratization of music that still reverberates around the British indie scene today.

This was a new form of night-time activity, away from the carefully curated music scene run by producers and men in suits, and a chance for the unsigned band to make some noise and get some notice.

Guerrillas in the news

The guerrilla gig is rock music's latest trump card. The basic premise is that the band rocks up in an unlikely spot and plays furiously until they are evicted. It is a little risky, utterly thrilling, and entirely free. On previous occasions, the Others have performed ad hoc sets in a Tube station and on London Underground's Circle line. News of the impending gig is spread by word of mouth, websites and mass text-messaging among fans.

The enduring appeal of the Guerrilla Gig

"With a normal gig, you know exactly what's going to happen," says Conor McNicholas, editor of the NME. "You know where it is, what time it is, you know that the band is going to turn up, that you'll pay for your ticket and there'll be a support and the band will come on and play through their set then they'll leave the stage, the crowd will clap for a bit and they'll come back and play an encore and there you go. With a guerrilla gig it's all about the thrill and the unpredictability."

One of the appealing things about guerrilla gigs is that they return the focus to the music and allow the bands themselves to connect more directly with their fans.

"The fans have been really loyal to us," says The Other's singer Dominic Masters. The guerrilla gigs and the reduced-price gigs are an extension of this philosophy, and an attempt to form a community. "These gigs are brilliant," says Masters. "You feel you'll remember them more."

See Also:  Music Publishing and getting started in the industry 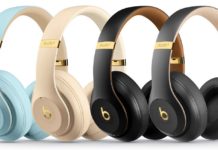 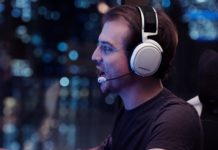