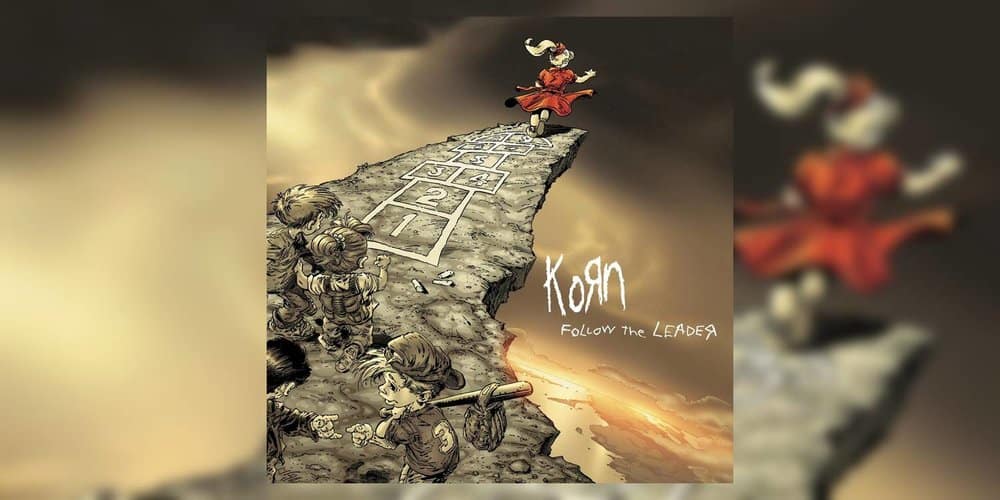 Tell Me Who's Hot, Who's Not

Well kids, the time has come.  The time has come for an overall quality release from Korn.  It is about time after their last two releases.  Sure, they have a strong following, but their last two albums still left much to be desired.  They broke through onto the music scene with their single "Shoots and Ladders" from their debut album Korn (1994 - Sony).  They followed up that album with Life is Peachy in 1996.   That album included singles such as "No Place to Hide" and the classic "A.D.I.D.A.S."  Yet, there was still much to be desired.

The crunch of the band is one thing that really hits hard.  They do have 7 strings on their guitars which leads to quite a f--ked-up sound.  Coupled with Jonathon Davis's completely original voice, there is no mistaking Korn.  The only problem with their early CDs is the repetition in songs.  Many of them sounded very similar.  Also, there was a kind of lack of rhythm in some tracks.  Don't get me wrong, I love the band and own all three of their CDs, but I usually couldn't ever handle listening to one of them straight through.

No such problem with the new CD.  Now this is quality shit here.  The tracks have a new drive to them, making each one individual in its own right, yet not losing the quality of the music.  Songs such as "Got the Life" (the first single) showcase the musical artistry of the band - especially with the slap bass from Fieldy.  (The video is also cool as hell - I recommend checking it out).

If you want a song to scare the crap out of you, be sure to check out "Dead Bodies Everywhere".   The first time I heard this song was when I had a funky shuffle going on with my music.  Anyways, I had some Men Without Hats set in the shuffle with Korn.  When this song came on I thought it was "Pop Goes the World" (I haven't heard the song much - so lay off).  It starts with a little piano-esque sound with a ding-ding-ding single key hit musical riff.  Starts out sounding pretty happy, that is until it kicks in.  Once it does kick in, you are blown away.  This has to be one of the best tracks on the CD - Korn got across the exact feeling they wanted to with it.  Come on, who else can start with a happy little piano tune and take the song into Davis screaming "DEAD BODIES EVERYWHERE," ending it with the little piano riff again -  pure evil

I hate to continue raving about this CD, so I will be brief with my explanation of why the rest of the CD continues the streak of kicking ass.  The next track "Children of the Korn" features a guest appearance by Ice Cube.  Cube's voice is set through an effect to make it sound like it is going through a hand-held radio.  The duet - style between Ice Cube and Davis makes this song hard as hell.  Once Ice Cube kicks in with lines such as "Fuck the law with my dick in my hand" and "Fuck authority".   The song is at its epitome.  While Cube is kicking out lines, the music in the back is spanking it just as hard.  There is a wicked scratch effect back there, along with what sounds almost like a jack-in-the-box.  When Davis gets back in there is the hard guitar chords to back him up.

The CD just blows me away though, there is nothing on here I don't like.  Usually there are only a few tracks I really dig into on a Korn CD, but this one doesn't have one.  Gotta send the props out to Korn for that  one.  Be advised though - if you haven't figured it out from the review alone, this is not for the weak hearted.  If you are easily offended you best stay away.  I am pretty sure not just anyone can handle lines like "Getting butt-f--ked by your Uncle Chuck" (All in the Family) and "I see your pretty face smashed against the bathroom floor" (Pretty).  If you aren't offended by shit like that, get the CD.  The only other problem I have is that Korn put 12 empty tracks (4-seconds of silence each) before the actual musical tracks on the CD.  If anyone knows why this is so, email me.  Otherwise, this is definitely on my list of favorites for '98.