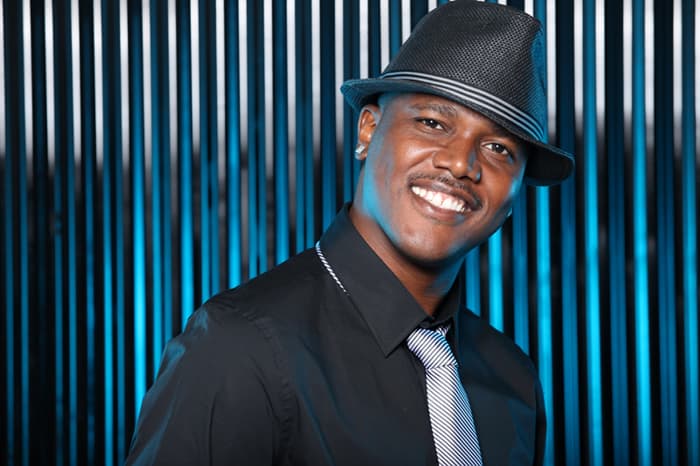 While Kevin Lyttle is on the same label (Atlantic) and Sean Paul and there is a bit of Dance-Hall Reggae tang on his monstrous summer hit "Turn Me On," he is not to be grouped in the same genre. Lyttle actually refers to his music as Soca (Soul Calypso) and is smoother and more soulful than the reggae troubadours his is often linked too.

Though his sound is a nice change form the aggressiveness of D.H. Reggae, it sounds akin the Caribbean bets of Inner Circle ("Sweat") than a really new sound (as Atlantic would like us to believe it is). A cover of Terrance Trent Darby's "Sign Your Name" was a great idea as Darby was the one true - yet overlooked - soul-ster of the late 80's.

He does have several great moments on this - Lyttle's debut CD. But the easy flow of "Turn Me On" kinda resonates throughout the whole disc and can get tiresome with repeated plays.

Fortunately he gets some true Reggae help in the form of Spragga Benz. Sounding like a close relative of Beenie Man. Benz adds upbeat rhythms to "Mama Mia," "Last Drop" on the remix of "Turn Me On" and gives Lyttle's songs the smack they needs, without straying too far from his origins.

A solid debut from Lyttle: but you gotta wonder if he will have longevity or get lost in the shuffle of promising original acts who didn't have much to say after a while (e.g. Shaggy).