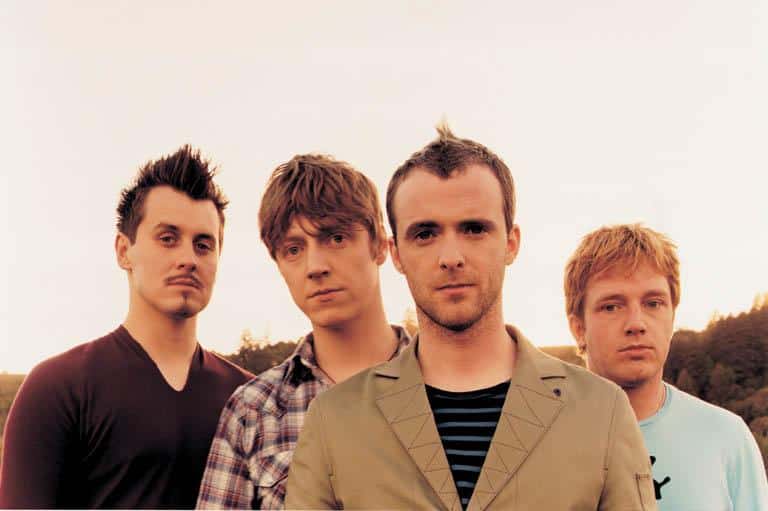 2000 may have seemed like a bit of a wasted year in music. At least that is what it appeared to be at first glance. After looking over what came out this year, however, we were pleasantly surprised to find a few gems hidden amongst the rap-rock of the Limp Bizkits and the ghetto pop anthems of the Britney Spears and Christina Aguileras.

As we racked our brains to see what set us in motion, both phsyically and emotionally, we often came up with albums that came out in 1999 but that were still rocking our world. So, back to the drawing board we went - headphones in hand, lights dimmed, candles burning.

And what we found is some amazing music. And what surprised us even more was the fact that most of this amazing music was imported from our friends overseas. No one ever said America was famous for its quality music... but at least we know where to find it.

So, without further ado....

Outkast has always been at the cutting edge of hip-hop, but with Stankonia they turned it on its head with their techno-jungle-rock beats and always fresh rhymes.

"Not if You Were the Last Junkie on Earth" gave The Dandy Warhols a one-hit wonder label. But this year this Portland band showed us what they were really capable of.

Paul van Dyk - Out There and Back

Paul van Dyk - Out There and Back

OK Computer set England's Radiohead apart as the band to watch to see where rock music could go. With Kid A they ventured into soundscapes when their rock met electronics.

"Dancer in the Dark" garnered high praise in the film circuit. Bjork's soundtrack to this musical was Iceland's Bjork at her finest. Totally out there, but totally beautiful.

You may have heard "The Shining" on a gap commercial, but that pretty tune is just a sample of what this British boy has to offer. Beautiful vocals and instrumentation make this the come-down album of the year.

The former Til Tuesday singer became an indie-rock heroine this year when she released Bachelor #2 online and then through an independent label. Featuring a few tracks off the Magnolia soundtrack, the newer stuff was even better.

U2 - All That You Can't Leave Behind

U2 - All That You Can't Leave Behind

Quite possibly their best album to date, these Irish boys returned to their roots, leaving the electronics behind. The Edge shined, Bono crooned, the world listened, and U2 returned.

"Yellow" was just the beginning. Another new brit-pop band to watch out for, Coldplay released a mellow album full of heart and soul - almost as good as our number one.

Travis - The Man Who

Travis - The Man Who

If you haven't heard this album, you must. Especially if you are a fan of heartelt Britpop. This year's Radiohead, Travis brought the stadiums to beautiful unison with their single "Why Does it Always Rain on Me," and treated them to a collection of bliss with the rest of this album.

And so, as you can see, most of the best music came from overseas. Mostly from Britain.. but who cares? So long as we are treated to music like this, that is all that matters. There was plenty more great music other than this, but only so many can be counted as the best.

Until next year then... may the new millenium put the old to shame.