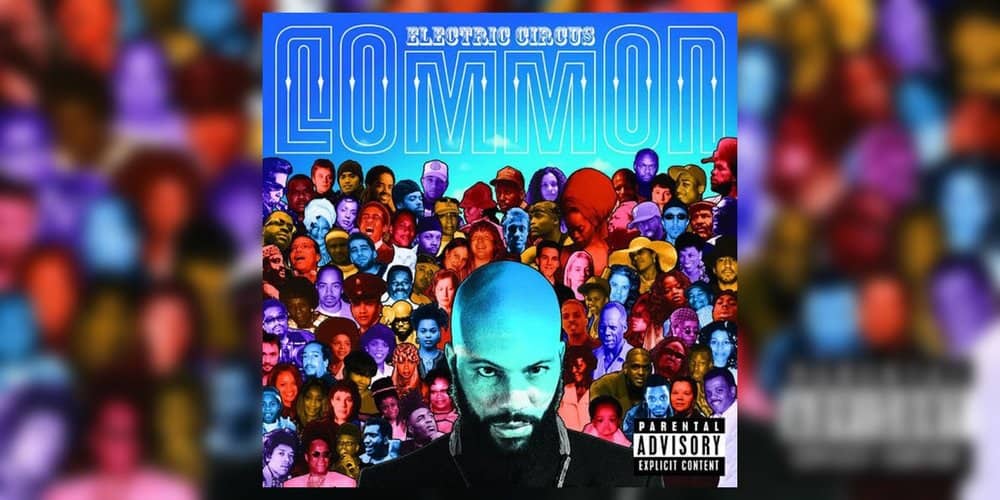 We recently were lucky enough to talk to Common, hot off the release of his latest album Electric Circus and currently on tour with Talib Kweli and Gang Starr to find out just how our #7 album of 2003 came about. Read on...

MC: I'll make this quick and easy for you since I know you have a ton more to do today!On the new album I find you going more out there than what's on most other hip-hop, especially more "popular" hip-hop. Was that your plan all along or was it just more of an end result?

Common: Yeah, the plan was to to go beyond what we expect hip hop to be. The plan was to just create some music that was universally understood and appreciated. When we started, Amir ["Questlove" Thompson] was asking "do I wanted to go under water or outer-space" and I told him I just wanted to go to both. And the music ended up not really sounding like outer-space or under water, it just came to be whatever colourful texture that it was but our goal was to take you somewhere new.

MC: Is this the furthest out you want to get musically?

Common: I mean, nah, I'm just going to go where ever the spirits lead me.

MC: You moved to New York after One Day It'll All Make Sense, right? Did the move affect your approach to making music?

Common: Well, I definitely was inspired by the move to New York because New York is a collage of a lot of different artists. It's a melting pot of artists from all over the world. You get people from St. Louis, Detroit, Virginia, France, Africa - they come there just to pursue their music - and not just music, just all types of art really.

You know writers and all types of people that just create so you get that energy in New York and you go to a jazz club listen to some music at one in the morning and all that stuff helps to inspire me - just being around that and that free spirit.

MC: Electric Circus; it's one of the most experimental albums was released in 2002, and when you listen to it feels like it's more than a hip hop album. Do you still consider yourself a hip-hop artist, or do you think you are something different now - that you don't even want to limit yourself that genre anymore?

You know, it's like I just created a fusion album or something. You know, a new sound at a certain point. A new well, I don't want to say a new sound, I just created some whole new shit but I just did something different. It felt new. And that's just this interpretation on this album.

Next time, I might, you know! be doing something totally different.

MC: So when are making your music do you consider current trends and what's popular in music at all, or are you just making music as you want to make it or do you!

Common: I usually make it as I want to make it. Tthe way I consider current trends is by if I hear it, I don't want to do it. Like, you know, if it's some good stuff, I might get motivated by it, but regardless, I don't want to sound like it.

I mean, most of the popular and current trends, they don't affect me. I believe that, you know, you gotta stay strong in what you want and express where you are at that point in your life and no matter what it's going to be things that go in and out of style. Whether it's cabbage patch dolls or MC hammer. You know, in popular culture. Or N'Sync you know.

MC: I think that's what's cool about your new album is that it's not trying to sound like a popular artist, I mean you never have, but I think especially on the new one, I think it's going to... I think Electric Circus is going to be one of those albums where 50 years from now people are going to look back and just be like ' damn, that was a really good album I think it's going to be more of like a timeless piece than anything else.

Common: Well, good man, I'm glad that you say that. Thank you so much, that's what I strive for. You know, like timeless music, and ageless music, and kind of really raceless music, you know. Like just really can just touch all people and I hope that you know, our great-grand kids will be like 'yo, check this old Electric Circus that Common made in 2003.

MC: Yeah, I think that's what's going to happen... So you worked with a lot of guests throughout the years. Who have you found out, like, through your experience to be the most engaging one to work with? Who challenged you the most or did you feel like you got that vibe from?

Common: Who did I get the vibe from? Well, you know, naturally, working with Erykah [Badu] I get a vibe Ã¢â‚¬Ëœcause you know, we just connect like that and she can take the music to where ever I ask her Ã¢â‚¬Ëœcause she can go like beyond or whatever.

But honestly, like I mean, just from musicians and just artists too, I think I very definitely is, I mean honestly man, I get impressed by everybody I work with to a certain extent.

It's like some of them... you know... everybody has special qualities about them. I really be sometimes looking' at Amir and be like "how do you all do that?" I sometimes feel honored to be able to work with these dudes Ã¢â‚¬Ëœcause I feel like they have history. They go beyond. We'll look back and see that they created sounds for people.

MC: You also worked with Sonny from P.O.D. on the new album. The title is "Electric Wire Hustler Flower. What does that mean? I have been trying to figure that out.

Common: When we got the music, once the music was created, I just sat and listened to it and I was like "what does this sound make me feel?" Like what energies do I feel from it? And 'Electric Wire Hustler Flower was just the first words that came out that I was chanting that chorus and screaming it a little bit. And 'Electric Wire describes the energy for me. And the "hustle" of it for me was just like the street element in the work and the strength in it and the "flower" was like the beauty. When I said "flower" I knew that went off a little bit Ã¢â‚¬Ëœcause you know, you ain't expecting no hip-hop song with no hard sound to be saying 'flower.

But, hey, you know. I started saying 'flower because it just came to me. At first I said I wasn't going to say that because it was a little out there at first, but then I was like 'hey, that's what naturally came to me, that's what the colors and stuff that I saw in it. That was the colors I seen when I, and that's what I thought of when I heard it, so!

MC: Laetitia Sadier. The one from Stereolab, what inspired you to work with her? You know, it's kind of not really an expected guest.

Common: Yeah, I just was like, yo, I loved her voice and I love StereoLab. I was listening to them a lot when I was working on this album and just I felt like, man.. I wanted to work with her. And we created that music 'changing and JD created the track and we was like, yo. Stereolab, that girl from Stereo Lab, Laetita, I liked her a lot.

MC: Oh yeah, I love that track. That one and I am music I think are my favorites on there. But I have two last questions for you.

Common: We are touring hard, man, hard core! Hard core!big boy raw shit. We are going out all through March and a little bit of March and then we are going to Europe. But I'm going out with me, and Gangstarr, and Talib Kweli.

MC: Oh yeah, I saw you were coming to Milwaukee, that you are going to be there. That's going to be an awesome act. I mean, I saw Black Star and I saw Mos Def when he was on Broadway, too. I have been dying to see Talib again lately, so!

MC: Yeah, im going for sure!But yeah, Electric Circus was one of our top albums that our site for 2002 and it was one of our reviewers' pick for best album of the year, since it came out technically in December so we tossed that in with the 2002 albums. How does it make you feel to make an album that can be considered Album of the Year?

Common: Oh, man..you know I'm geeked about that, because you know, shoot... that's what you strive for. I strived to make some thing that people would say that about. And for you to give me that type of love I really just appreciate it. And I'm just really grateful and give thanks, man.