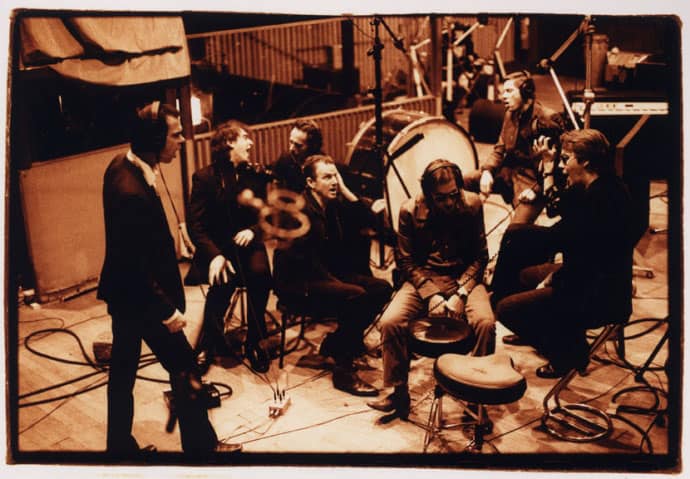 Moody and temperamental at best, the music of Nick Cave has been up and down like a thermometer in an English summer. But this thirteenth studio album has proved anything but unlucky for the king of Australian rock. The morbidly titled Abattoir Blues and The Lyre of Orpheus form a smashing double album package that simply must be given a chance on your stereo when it is released.

Vastly under-rated and frequently overlooked, Cave is keen to have each album judged on its' own merit, and they do have a very different feel. Abattoir Blues has religion as a constantly re-occurring theme and contains some of the finest lyrics I've heard in months and sparkling music in tracks like "Nature Boy", "There She Goes", "My Beautiful World" and "Let the Bells Ring".

The cynicism and bewilderment of this Cave's eye view is summed up with this gem of a line in the title track: 'I went to bed last night and my moral code got jammed/I woke up this morning with a Frappucino in my hand.

The Lyre of Orpheus is far more mellow, but equally as charming. Cave recorded partly recorded the tracks at Studio Ferber in Paris, a location he says added an incredible amount of character to the sound.

It's the best album from Nick Cave and the Bad Seeds for many moons, and seems as they are few and far between I would grab it while it's hot.