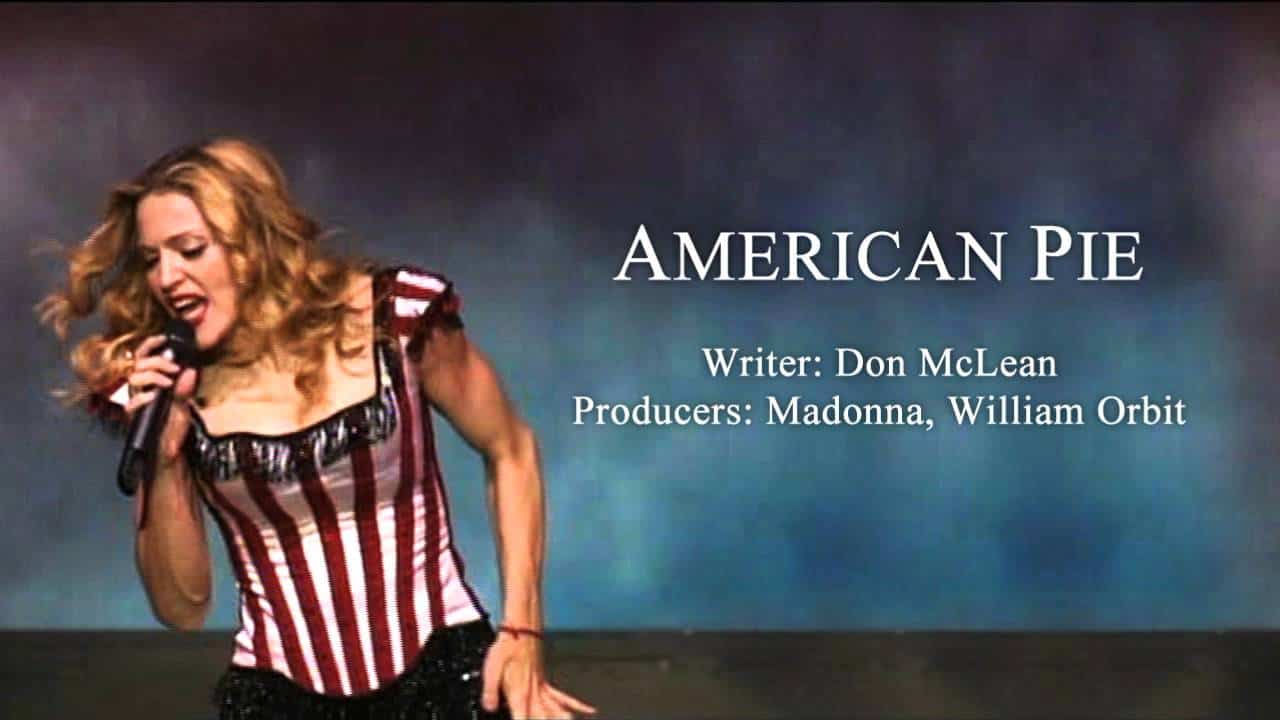 It's been played so many times on so many different radio stations that it seems crazy how Madonna's cover version of "American Pie" only went on sale on February 28th here in the U.K..

Working hand in hand with producer-of-the-moment William Orbit, Madonna had a lot to live up to when embarking on her latest project. A project that would create a disco dance out of Don McLean's classic and lengthy song, originally a number two hit back in 1972. But with Orbit at the helm, fresh from his own classical music solo album, and the legend of Madonna taking the microphone, everything passes along smoothly and the single is sure to be a huge UK hit.

it's not as long as the 70's version, but has the get-up-and-go club feel that will keep it in the charts for many, many weeks. All of which does no damage at all to her career's Phoenix-like comeback following the 12 million-selling Ray Of Light album, which won her four Grammy's last year and featured the track "Beautiful Stranger" from Austin Powers 2: The Spy Who Shagged Me.

"American Pie" is also taken from a forthcoming film, The Next Best Thing, which will be on release from April 10th and also features another Madonna track, a new ballad called "Time Stood Still."