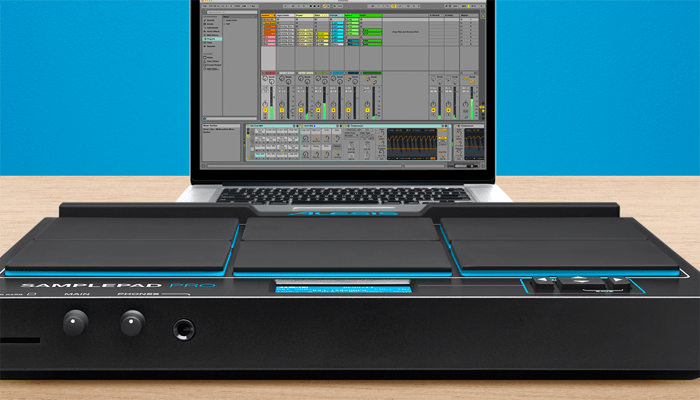 The Alesis Sample Pad Pro crept onto the market as a welcomed step-up from their original small surface Sample Pad which had a few limitations with its 4 pads. The Pro model sees this doubled giving users more scope for creating interesting beats and still has a compact space footprint.

It has a nice minimalist layout blue LED's. It is arranged with 2 rows of 3 large pads (6 total) and 2 smaller, corner mounted left and right pads at the very top which give off a rim shot vibe. The dials are tucked away on the sides of the machine to keep them out of harm's way.

With its extra pads and extensive preset bank, it is now a viable contender for a cheaper alternative to the Roland's and Yamaha's dominating the market which comes with a hefty price-tag.

The menu again is simplistic to navigate, but this has been considered a major gripe for some more experienced users who would prefer a few extra buttons.

The name of the product is a little misleading as it is not actually able to sample on the fly. It does have an SD card reader which is where you can access stored samples from, though you will have to pre-create/download these.

The Sample Pad Pro is fairly well-made and whilst we prefer the bounce on the pads of the Roland it does a pretty great job at responding.

They have good sensitivity which can be dialed-in and out of meaning, you can play with fair expression making it feel less synthetic than some lower-priced options out there.

The sensitivity, however, is a bit of a double-edged sword, the velocity response is the very thing which is supposed to help it trump other budget models and put it in league with the premium brands.

It should be able to reproduce the nuances of the way it is played but if you turn it up too much you can get a lot of crosstalk between the rest of the pads, rendering the velocity response somewhat useless for a live situation. There have been firmware updates to reduce the multi triggering/crosstalk issues.

Of course, if you use it as a midi interface then I guess you could dive back in afterward and remove any unwanted triggers.

Other reported issues are loading delays when switching from one kit to another, which is inevitable and that the pads themselves give off a sound of their own as they are struck.

Personally, we think this is a little pedantic it certainly doesn't overshadow the sound reproduction and again used for production is a non-issue, monitoring via its headphone output then you will only hear the digital sound.

You can also hook up 2 additional external pads or triggers via the Hi-Hat Kick Pedal input which can have a switch or trigger set-up. 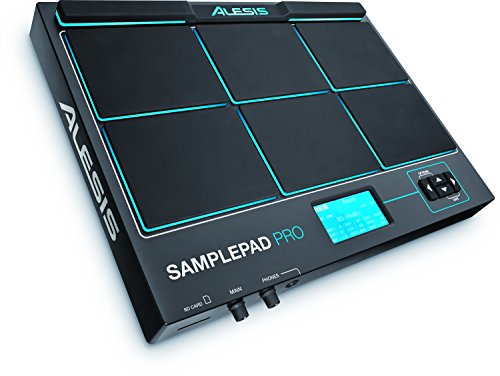 - Some crosstalk.
- Slow to switch between kits.

Given the crosstalk issues, we would probably say this is better suited to a beginner and mainly for those who intend to use it for production needs. It just doesn't play as authentically as some synth/hybrid drum set-ups and any flourishes could potentially trigger elsewhere.

It is also an ideal solution for those whose budget won't stretch to a premium pad as it does offer up some superb features which lower-priced models can't compete with despite its minor flaws.

It is a versatile device that is easy to set-up and use, the online additional content is great and whilst there are better pads on the current market for those of you who want to be able to play with ornamental freedom for rolling etc, they will charge you an extra four or five hundred bucks for the privilege. 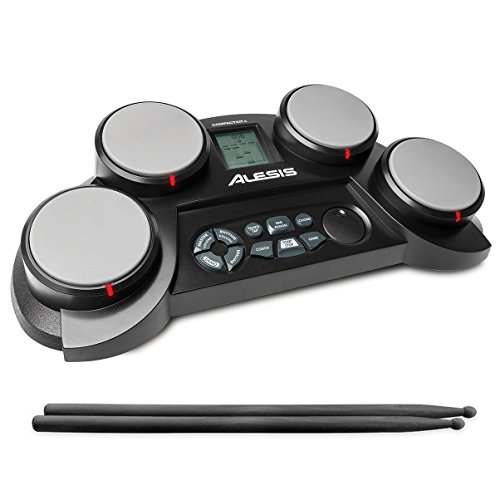 Best Power Conditioner to Safeguard Your Equipment in 2022