During the Baroque period, many musicians were eager to encompass a greater octave range in their playing. Such music was admired at the time. The 4-string guitar, although a popular instrument, was not meeting the demands of the artists.

Around the 18th century, the Russian guitar known as the semistrunnaya emerged. Popularized by a man named Andrei Sychra, it became a part of the local Russian culture very quickly.

While the precise origin of the seven-string instrument remains a mystery, it's a known theory that Andrei Sychra was the man behind it all. Many people speculate that Sychra created a hybrid instrument when he moved to Russia. Sychra is believed to have taken the general dimensions, shape, and gut string of the Spanish Classic guitar, combining it with the English guitar, which introduced features such as chordal tuning, and a raised fingerboard. By combining the Spanish guitar features with those of the English guitar, Sychra eventually came up with the seven-string. 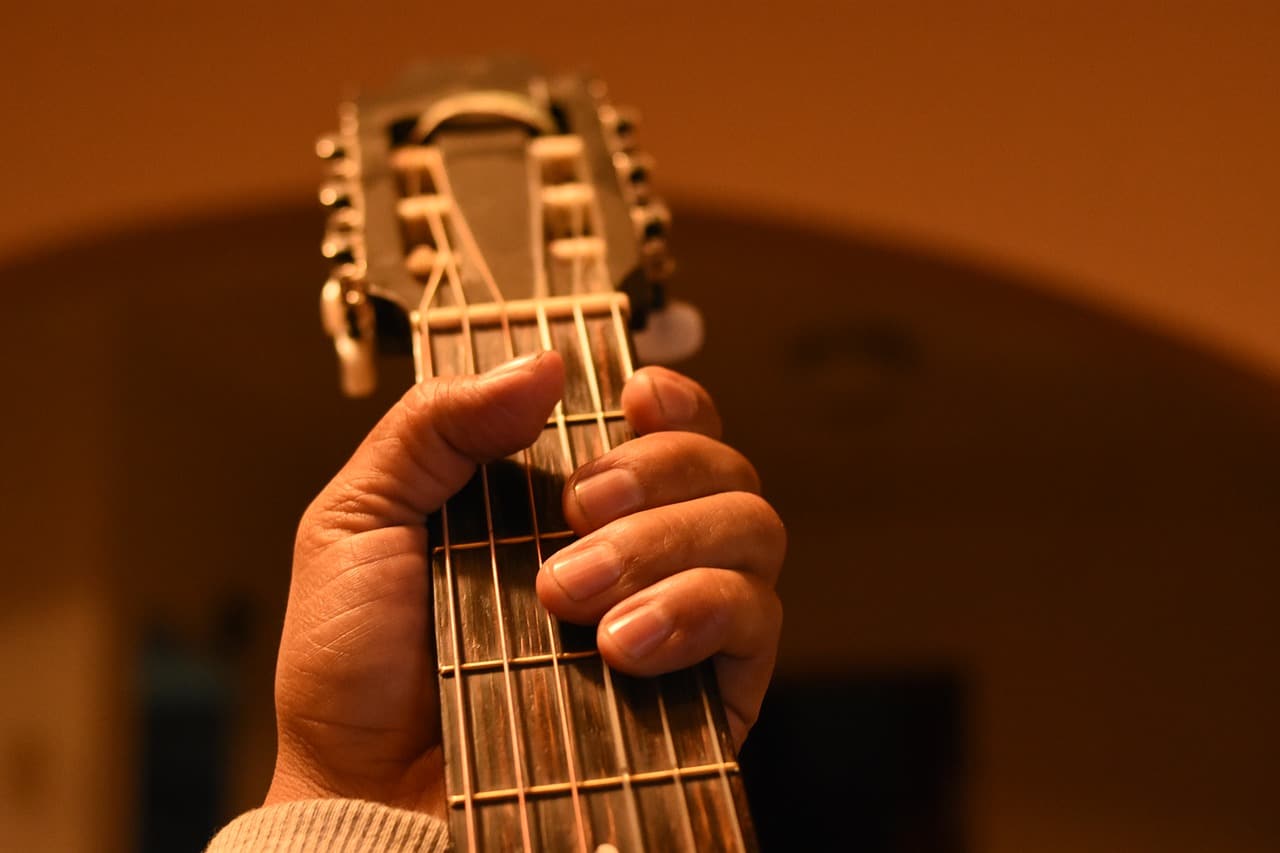 The Spanish guitar, the nowadays popular six-string, was not widely known in Russia at the time.

It didn’t become fully introduced to the Russians until about 1917 when the revolution took place.

The seven-string remained a popular instrument until the Russian government declared guitar playing to be mundane and boring; thus, an activity that shouldn’t be pursued.

The history of the guitar can be traced back to over 4000 years ago. While one can never be entirely sure as to the origins of the instrument, there are various speculations. Many people believe that the guitar was simply a development of the lute. Going back to its furthest known origins, people used bowls and turtle shells as resonators for centuries. Adding guitar strings and using a long piece of wood as the fingerboard, the instruments were crude but effective.

The oldest guitar is known to have been buried 3500 years ago with the famous Egyptian composer and singer, Har-Mose. The site still remains a sight-seeing landmark to this day. 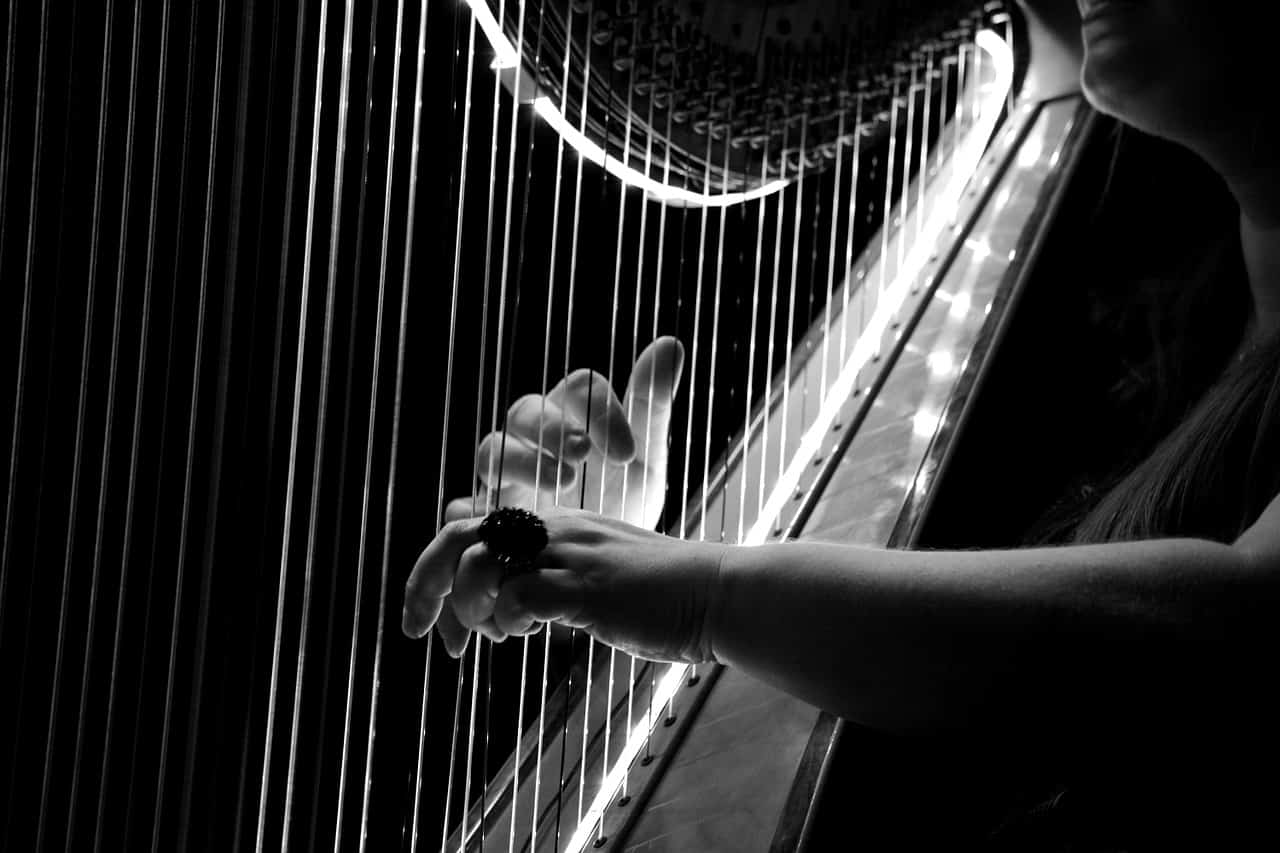 The guitar had a long journey before it came to Europe, with origins stemming from Egypt and Mesopotamia.

For a long time, the four-string guitar became the dominant form in Europe, especially during the Renaissance period.

People speculate that the earliest piece of music written for the guitar was around the early 15th century, during the Spanish Renaissance. In 1546, Alonso Mudarra had a book printed, titled ‘Three Books Of Music in Tablature for Vihuela.’ The Vihuela was the most popular form of the guitar in Spain during the 15th, and 16th centuries, commonly with double strings, like the 12 string guitar we know today.

Why they Became Popular

The seven-string guitar was a well sought-after instrument, especially among musicians favoring folk and classical music. Thanks to its versatility and flexibility, the guitar became increasingly popular among many local artists. One could play complex pieces of music with less effort, thanks to the alternating bass lines. These bass lines gave the musicians, without prior guitar education, a chance to play intuitively.

That’s one of the reasons why the seven-string is popular among amateurs, beginners and hobbyists. It’s also a great instrument to use when playing as an accompaniment. Russian bards have been known to play the seven-string extensively since its popularity increased in the early-to-mid 18th century. It’s a relatively simple instrument, being considered less complicated than the now common six-string, thanks to the simplicity of the chords.

In the late 1980s and early 1990s, the seven-string guitar became extremely popular among rock musicians. The early 1980s saw another development in the guitar, this time thanks to Uli Jon Roth. Roth developed a guitar that had significantly more frets than the six-string, which allowed the guitar to venture into extremely high scales, akin to those of a violin. This helped widen the octave range, expanding the scope of notes that musicians were able to play with, now a seven-string. 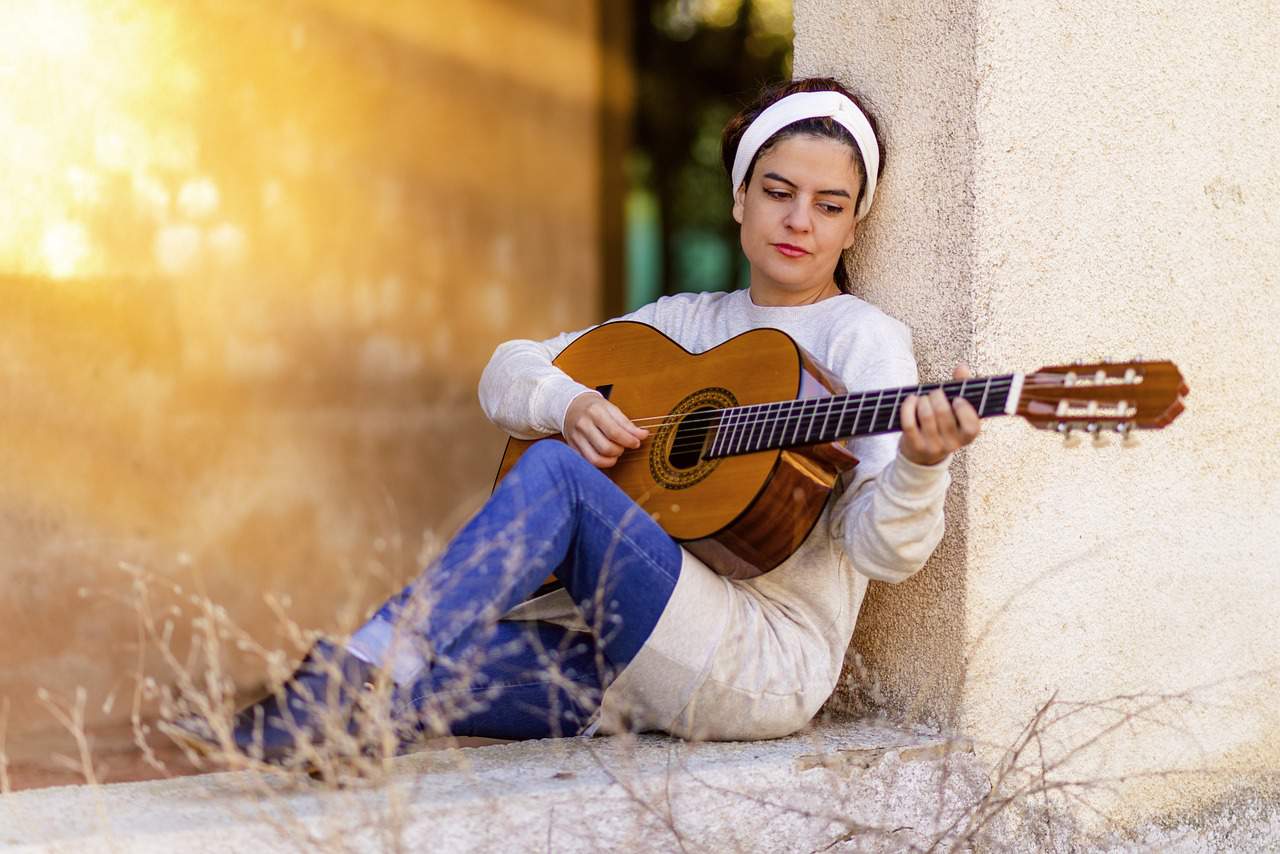 The modern day guitar differs quite vastly from its 4-string-8-fret godfather.

Many people recognize the familiar pear-shape since it’s one of the most popular instruments of our time.

It has taken about 4000 years of development to get to this point, but to come so far from Ancient Egypt to modern day Europe is a fantastic feat for such a seemingly simple instrument. During the initial developing stages of the guitar, it had around eight frets, which gradually increased over the years to 10, 12, 15, and, eventually, to today’s standards: 20+.

There have been many variations of the guitar, and many designs remain to be seen. From the 12-string to the seven-string, to the six and eight-string, guitars have developed in all sorts of ways. They range from acoustic, to acoustic-electric, to simply electric guitars (click here for full review). To read more on the invention of the electric guitar, read this study.

Regardless of their shape, size, and fret number, guitars remain to be one of the most beloved instruments in the world. With the rich background history of guitars (read more here), and their versatile uses, it’s no wonder that they have remained to serve us for so long.

There are various brands we know to be the most desirable. These are Gibson, Fender, Yamaha (click to see the range), Seagull, Ibanez, and Taylor.