Home » Other » The Next Best Thing

The Next Best Thing (soundtrack)

The Next Best Thing 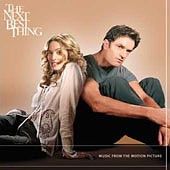 Hip to Be Dared
by: michael r. smith

It has been said that Madonna is the one woman that gay men would go straight for. Not that it is her secret mission to turn them into so-called "ex-gays", it is just that she has long been an icon and champion for gay rights and feels even they should not be limited by or ashamed of their sexuality. She knows what it is like to be shunned, snubbed and just plain shut out. But like her huge gay following, she has endured and developed into a stronger and more well-rounded human being. And even though it is a new decade, Madonna has not sacrificed her tendency to be controversial.

Her new film, The Next Best Thing which opens in March and co-stars her best gay friend since Sandra Bernhard, Rupert Everett, takes a stab at gay parenting. The plausibility factor of whether a gay man can not only have a (drunken) one-night stand with Madonna but also make a good parent looks to be the only obstacle in making this one an even bigger hit than her 1996 musical foray, Evita was.

As with her music videos, Madonna is able to test the waters of not only what her fans will enjoy, but also the reaction she will receive from the public at large. If nothing else comes out of the publicity machine for this film, at least she will have gauged just how far society has come in terms of acceptance of not only her but of the causes she believes in fighting for.

Only Madonna has the courage and tenacity to dare to go where no other music artist would. Moving more into film now is the least of her worries, which certainly couldn't be said earlier on in her career. Anything she does at this point is simply icing on the cake because she can afford to do anything she wants. She has now gained complete control over her own art through the numerous companies (like Maverick) she now owns, so popularity is one thing she can merely take or leave. Paying attention to reviews like this certainly are not high on her list of priorities.

But for what it might be worth to her public, gay and straight alike, here is the skinny on the soundtrack to The Next Best Thing: The two Madonna songs, "American Pie" and "Time Stood Still" are do-able. In fact, like Madonna herself, I never really cared for Don McLean's version of "American Pie", so it is nice to hear new life breathed into that one. The upbeat spin and solid vocals will certainly keep the skeptics tongues wagging for the next few months at least.

The mixed-bag of other selections on the soundtrack, all personally chosen by the diva herself, are also fine if not spectacular. The songs in the middle by Groove Armada, Moby and Olive are the best.

As her third soundtrack in five years, Madonna seems to have stolen a page from the career of Whitney Houston. Remember back in the 90's when she had The Bodyguard, Waiting to Exhale, and The Preacher's Wife? Usually artists use soundtracks as low-profile teasers for their new studio albums, but these two women have managed to make them best-selling events unto themselves.

Now the phrase "much-anticipated" is often likened to Madonna, no matter what the medium or how much time goes by. Because only the best artists are considered timeless.