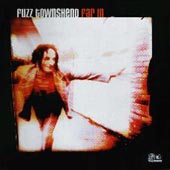 Music For Pleasure
by: peter naldrett

The debut album from dapper drummer Fuzz Townshend is, well, a bit of a fuzzy issue. As a first effort, it is better than most, but lacks overall direction and sadly falls into a hazy middle ground somewhere between dance, reggae and nostalgia.

Far In has strong high points that will leave you sweating heavily and shouting for more, but the low points inbetween them nullify your racing heart and leave you skipping track after boring track. The most noticeable high points come in the form of grooovy tributes to 1970s disco anthems, and if this was the theme for the album it would surely be a classic. The upbeat start of "Test Card" is followed by "Smash It" and "Boogie Too," and could easily form the soundtrack for the next Austin Powers movie. More delightful tracks ensue with the single "Get Yerself" and the incredibly great, cool and soothing "Summertime," which will surely be a future hit.

But the ex-Pop Will Eat Itself drummer lets the whole thing down with an insistance to indulge in rap and funk and other obssessions that leave Far In neither here nor there. "Original Boom," "My Day" and "Outside Wide" are all victims of this crassness that alters the pattern of the CD and leaves you wondering just what it is all about.

Just who is Fuzz Townshend? The answer is not to be found on Far In, unless the answer actually is a misty Fuzz. This is a man whose past incluldes stunt performances, romance writing and an obssession with public transport. His music is as equally varied and, although he may be able to conjure up outstanding singles, the album is not solid enough to cut the cheese.

Fuzz Townshend used to get told off at school for drumming on the desk and, after school, he used to get attacked by crazed dogs while doing the paper round. As a result, Fuzz no longer does the paper round. He still does the drumming, though. In fact, he's made a career out of it... apart from a few years as a bus doctor in the black country. Teachers never do get it right, do they?

Fuzz has already scored a hit with his debut solo release, Hello Darlin. He pressed 1,000 records with financial backing from Backs Records in Norwich. An engagingly smile-inducing record, it caused an A&R scramble. He signed to Echo records, who unleashed it on a more-than-willing public. Fuzz then sent dancefloors across the land into delirium with the rattling drums of his "Smash It" single.

His records are perfectly formed. Some of the tunes on Far In will both get you out of bed in a morning, and get you up onto the dancefloor in an evening. There are some cracking anthems from perhaps the very first person to make the transition from drummer to decidedly cool frontman. Music for pleasure, indeed...