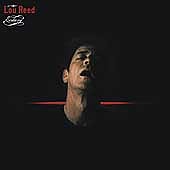 Ecstasy In Name Only
by: peter naldrett

Nearly 30 years as a solo artist have produced little more than two recognisable hits for Lou Reed, but with over 20 albums under his belt the old-timer has managed to carve out a respectable niche amongst music lovers.

His latest CD, Ecstasy, has been hotly anticipated by both fans and critics, but fails to live up to the stature of the man who first shot to fame as member of the 1960s band Velvet Underground. Instead, what we have here are 14 tracks that boast a solid array of guitar-lead music, but are brought tumbling down to mediocrity by infantile lyrics and a below-par performance from Reed.

Since "Set The Twilight" was released in 1996, Reed has been blessed with the second wind the public afforded to "Perfect Day," and you would have thought that a solid comeback was there for the taking. But Ecstasy falls short in so many ways, too often leaving you dispairing about the cringeworthy words or wishing Reed would put more effort into his lazy vocal performance.

"Modern Dance" has the makings of a classic, but not when Reed rhymes night, bright and light in one line you realise how musically immature it is. Despite the quality of "Paranoia Key of E," the likes of "Tatters" and "White Prism" are not of the standards to be expected by his fans.

Far from a perfect album, Ecstasy just makes you realise that Lou Reed has already had his day.