If You Lived Here, You'd Be Home Now Album reviews.

Home » If You Lived Here, You'd Be Home Now

If You Lived Here, You'd Be Home Now 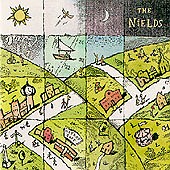 Simon and Garfunkel on Estrogen Injections
by: michael karpinski

Connoisseurs of impeccably-presented folk-pop would be well advised to taste-test the Nields' latest sonic confection, If You Lived Here You'd Be Home Now - the sort of tasty-yet-tepid, lite Lilith fare that beguiles without surprising; satisfies the stomach without sticking to the ribs.

The New England quintet's fifth release saves its best for first. The irrepressibly sunny "Jeremy Newborn Street," with its tenuously-twee tin whistle and brass band accents, sounds like something that may have bounced out of Petula Clark's handbag while she was asleep on the subway. "Caroline Dreams" suggests a creamy collision between Judy Collins and the 5th Dimension's Marilyn McCoo. And the throwback ballad "One Hundred Names" fearlessly wears its Janis Ian-esque sentiment on its sleeve, to genuinely compelling effect.

Indeed, the Nields' richly-integrated, melodious vocals (courtesy of sisters Katryna and Nerissa, and, on a troika of tracks, friend and fellow granola-folkie Dar Williams) invites many a flattering comparison to acts both past and present: the Sundays' Harriet Wheeler; the Cranberries' Delores O'Riordan; Natalie Merchant on Prozac; Simon and Garfunkel on estrogen injections; the Indigo Girls on Prozac and estrogen injections.

Alas, on the album's decidedly less satisfying second half ("Jack the Giant Killer"'s plodding pop; "Keys to the Kingdom"'s neutered bluegrass), these slick, frictionless harmonies begin to take on the soulless sheen of '80s schlock popsters Exposé and Wilson Phillips.

By the time the quintessential Lilith Fair group-hug/sing-along "I Still Believe in My Friends" is set before the sated listener like a complimentary wedge of sickeningly-sweet cheesecake, you'll likely find yourself begging for the check. And jonesing for a Rolaids.

Still and all, what the Nields do, they do quite well. Just don't come in hungering for haute cuisine; this is strictly a comfort-food kitchen. Beguiles without surprising. Satisfies without sticking.