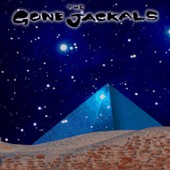 From Full Throttle to Blown Tranny
by: steven jacobetz

Some readers may recognize this band from its award-winning work on the soundtrack of the LucasArts CD-ROM game "Full Throttle." I've never played the game, but I can imagine how the band's sound would be great for a video game. This is driving, aggressive stuff. The best thing about their sound is the multiple lead guitars which really give the impression of a "guitar army."

I have a strong suspicion that these guys would be able to get their energy and excitement across much better to a live audience. They seem confined and stifled by the studio. Many of their songs end too abruptly, and no song extends past 5:15. If these guys come to your town, give them a chance.

However, someone should tell the Gone Jackals that they're way behind the times. This is 1999, not 1989. This stuff is not cool anymore.

This album was an unpleasant flashback for me to all the "hair bands" we were all listening to ten years ago. And even then it doesn't take me back to the better hair bands like Poison or Motley Crue, but rather to the middle-of-the-road ones, like Ratt or Kix.

At first glance, these guys seem to be good. I was impressed with their classic, primal hard rock/metal sound. It sounds promising when you hear little snippets on Internet websites, but don't be fooled. There's nothing deeper beneath the surface. You'll only be disappointed when you listen to the full CD.

There is a reason that this CD is not well-known even though it's been out for fifteen months. This stuff is so unoriginal and cliché, both instrumentally and lyrically. Song titles like "Crank It Up!" and "Bustin' A Move" will tip you off. This album features lyrical melodies in unison with guitar lines, utterly predictable lyrics and chord changes. Absolutely nothing remarkable, just adequate at best. After three albums and a video game soundtrack, one would expect a lot more musical growth than is heard.

One could listen to this over and over again looking for something that would make this distinguishable from so many other metal bands; a catchy hook, an unusual chord change or harmony, even an Aerosmith-like tender power ballad to make the chicks swoon. It's just not here.

Apparently, these guys idea of a ballad is to turn off the distortion for a few bars. They can't be quiet for a full song. Songs which start off seeming like ballads like "13X" just get loud by the end of the intro. There's no real hit single here. The only song with any staying power at all is "Covering Hallowed Ground" (That's why it's first.), and even that song is only slightly memorable. The effect of the song is nearly destroyed by a laughingly predictable wind-sweeping-over-the-prarie sound effect at the beginning, complete with a howling animal sound (a jackal?).

With lyrics like, "The time we spend horizontal's so bland, it makes me wish I was back in prison," ("Bustin' A Move") and, "Went to school there but learned to avoid that," in "Barrel of Crabs," it's obvious that the band is not aiming for a highly educated audience.

Upon attempts at thought-out lyrics, like when singer Keith Karloff croons, "Between Lorrilard and Escobar, the difference is who writes the laws/When genocide's a racket in itself," in "Business As Usual", they go way over the head of your average metalhead. The Beavises and Buttheads of the world would be mightily perplexed.

Karloff sounds like he's trying to be Mr. Tough Guy; like a cousin of Duff McKagan (formerly the bass player of Guns 'N Roses). His lyrics are not easily understandable, without reading them. Guitarist Judd Austin is clearer to understand when he takes over the lead vocals for the all-too-short song "Evil Twin Sisters." (Austin should sing more).

The Gone Jackals are better than your local metal band. They have the right blues-based influences. The potential is there for really good band, but Karloff has to learn some more complexity in his songwriting if he has any desire to really get somewhere. The band could learn a lot from listening to more Aerosmith, Guns 'N Roses, or Led Zeppelin, Presently, the best the Jackals can hope for is being an opening act on a stadium tour for somebody like Ozzy Osbourne. They would play their half-hour set while the crowd gets restless, drunk and stoned, if they're there at all. That's the best they can hope for because they certainly aren't good enough yet to be a headliner in anything bigger than a small club.

This CD screams average, but it rocks sufficiently enough. If you want to shut out the world and indulge your Freudian "id" by rocking out in a loud and unsophisticated way, go ahead and crank it up. If you're looking for musical depth and intelligence, don't waste your time with this CD. Trash it.