The Rebirth of a Storyteller 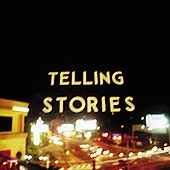 The Rebirth of a Storyteller
by: peter naldrett

it's been four years since Tracy Chapman last released an album, but despite having extensive time off the American singer-songwriter has managed to pick up exactly where she left off with her new CD, Telling Stories.

Filled with 11 tracks of sincerity and realism, Chapman fans will be more than happy that her career has regained momentum in the new millennium while retaining the old qualities that first drove her fame in 1988 with "Fast Car."( RealAudio Clip )

Musically very tight and vocally extremely strong, Telling Stories sees Chapman back at her best, tackling tough subject matter in an honest and soothingly listenable fashion. An example of this can be heard on her first single, "Telling Strories." ( RealAudio Clip )

In "Unsung Psalm" she idealizes about the after-life for do-gooders This is matched in sheer power by "Less Than Strangers" a song dealing with relationship break ups. Blessed with guest vocals from Emmylou Harris on "The Only One," a great moment is created with a steel guitar as the pair ask "Does Heaven have enough angels yet?"

Ultimately depressing in its nature, Telling Stories is certainly not party music, but it is Chapman at her quiet, therapeutic best. It is the intelligent and peaceful style that has seen her called upon to perform at some of the most important live events of the last 15 years, including London's Freedomfest for Nelson Mandela.

Since her 10 million selling debut album in the 80s, Chapman has grown stronger and more effective and is now one of the few artists entering her third decade of entertainment.