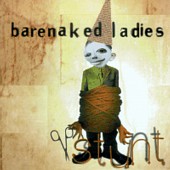 Their latest release Stunt is one of the summer's hottest selling albums. It is competing with the Beastie Boys' latest release Hello Nasty for tops on the charts. This is a somewhat surprising sales figure, seeing as how the Ladies usually have a more underground following - similar to that of Phish. However, this latest cd is getting away from the cult following they have previously had.

Stunt is meant to appeal to the masses more than any previous offering by the band. Their mix of rock, country, folk, and a bit of rap has something for everyone. Earlier cds from the band featured more of the folk-style music, not quite as pop as their new cd. The new music is not as insightful and the band does not take the music too seriously. This is a good and a bad thing. Most bands lose some of their artistic ability when they lose their serious attitude about their music. Luckily the Ladies still offer up some great tracks on the disc. The CD is good, but not up to par with their original release, Gordon.

One note of interest is their first single "One Week". It includes the white-boy rap that is not found on their other tracks. The little rap they offer up here has been taking the top 40 radio stations by storm. I personally am sick of those dj's and their lame comments about how fast the rap is. "That is one song I won't be doing at the karaoke bar tonight". I mean come on guys, the peanut gallery can stay quiet. If it wasn't for them I might have become a big Barenaked Ladies fan, but I am already sick of the track and their voice is already beginning to grate on my nerves. At least they have more than one vocalist.