From the Choirgirl Hotel Album reviews.

Home » From the Choirgirl Hotel

From the Choirgirl Hotel 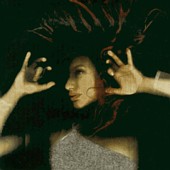 Shimmy Once and Do It Again
by: kriste matrisch

With the starting of Tori Amos’ Plugged ‘98 tour, she has to have a band play with her,unlike the previous tours where it has been her, her piano, and Steve Caton, her guitarist.  I say this because this album is the most different musically than all the others.

Those of you who are not familiar with her previous albums, her first release, Little Earthquakes, was her coming alive with her favored piano, the Bosendorfer.  Her second album, Under the Pink, is an extension of the first; the lyrics being a bit more difficult to understand.  Her third release, Boys for Pele, she revitalizes the harpsichord; the lyrics by far, in my opinion, the most difficult to understand to date. From the Choirgirl Hotel is easy to listen to and easy to be entertained with it.

This album brings alive all the other instruments: percussion, guitars, pedals, and strings.  Her piano blends well with the other music, almost making it difficult to hear her talented piano abilities.  Lyrically, this release features her emotions in dealing with her miscarriage, as in "Spark", "iieee", and especially in "Playboy Mommy"-- "those angels can’t/ ever take my place/ somewhere where the orchids grow/ I can’t find those church bells/ that played when you died."   It would be no surprise to me if this song performed live would have the same disturbing effect on me as her singing about her rape experience in "Me and a Gun."

The album also some sexuality intertwined with the other emotions.  In "Raspberry Swirl", her voice "swirls", sounding orgasmic, as she sings the lines: "if you want inside her well, boy you better make her raspberry swirl."  You can’t mistake the sexual overtones. In "She’s Your Cocaine", well... to me, that song is all about sexual habits that people take part in, i.e. oral sex "you can suck anything" and voyeurism "and we all like to watch", etc.

If you’re a toriphile like I am, it is indeed an excellent purchase.  However, if you’ve never heard of her, this album is the easiest to listen to because of the simple lyrics and the liveliness of the music.