Some Things I Know Album reviews.

Home » Some Things I Know

Some Things I Know 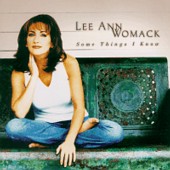 You Don't Want to Know
by: jane kirk

Lee Ann Womack, in my opinion, does not have a terrific voice. It's easy enough to listen to, but not spectacular. Not awful, but not in the ranks of Trisha Yearwood or Martina McBride. For that reason, she needs to pick extroidinary songs to make up for her lack of vocal talent. She does not do that on this album.

This is not an awful album. It has a collection of pretty songs. That's just what they are, too. Pretty. Most of them showcase Lee Ann's trademark traditional country sound. That would be great, except the sound does not have good songs to accompany it.

There are a few highlights. "I'll Think of a Reason Later" is a tongue-in-cheek tale about the woman who stole Lee Ann's man. "Now You See Me (Now You Don't)" is an uptempo kiss-off song in which she tells the one she is leaving that it will be his loss.

The rest of the songs themselves aren't bad. In fact, "The Man that Made My Mama Cry" is a very powerful song. But Lee Ann doesn't put any effort into it. She sounds like she is just reading the words off the paper in tune with the music. I'd rather not spend $16 to have someone recite things to me. If Lee Ann would feign some emotion, the album would be much better.